“Beyond the Western Front” heritage project

identity on tyne – a group that supports the development of new writing and live literature with a spotlight on writers of colour – has won an award from the Heritage Lottery Fund (HLF) for a project, Beyond the Western Front: What the First World War means to Black, Asian and Minority Ethnic Communities Today.
Based in the North East, identity on tyne will identify and record the currently lesser known stories of the Black, Asian and minority ethnic communities’ involvement and contribution to the First World War. This will be from the perspective of both their presence in the local region as well as in their ‘home countries.

The project will seek tangible evidence of the contribution of Black, Asian and other ethnic minorities’ involvement in regiments from the North East. It will also consider immigration and migration to the region during the period of the First World War. All information and stories discovered will be shared throughout the region and beyond through identity on tyne‘s networks, as well as working with partners. 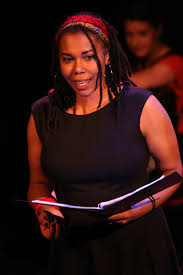 Partners include local libraries, museums, transport networks, and records offices, and range geographically from Northumberland to the Tees Valley. The project will also lead to a website that will serve as archive and a legacy for future generations coming to this period of history. The project will run until December 2016.
All research into these hidden or rarely told stories (for example action on the front lines, working on the home front, migration, or fighting in the homelands) and the dissemination of findings will be carried out by volunteers from within the Black, Asian and ethnic minority communities. Research training will be provided, and writing workshops will be delivered by practitioners from varied backgrounds.

Additionally, identity on tyne hopes to deliver workshops based on these uncovered histories to local schools, helping to inform, educate and stimulate the imaginations of the next generation of the North East.
Newspapers and major broadcasters have run articles and series on the War, reminding us of the heroism and hardships of the time.

By showing that the defence of the realm was shared with people from different ethnic and cultural backgrounds, and that heroism, hardship and sacrifice was not the preserve of one group, Beyond The Western Front hopes to foster understanding, compassion, and a sense of shared belonging between all descendants of those who lived through those times.

Founded by Sheree Mack(pictured above) in 2003, identity on tyne supports the development of new writing and live literature in the North East, with a spotlight on writers of colour. It aims to create a platform and audience for literature from diverse cultures, and has published a number of writers of colour under its own imprint.
If you would like to offer to help with the research, or know of groups or individuals who might, or would like to find out more, then contact Sheree Mack at identity on tyne on 07842 913223, or at sheree@shereemack.com.